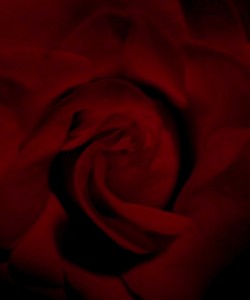 Have you ever wondered about the enchantress who turns the handsome but uncaring prince into the hideous beast in Beauty and the Beast, or if prefer the classic French title, La Belle et La Bete?

I love watching the prologue to Disney’s animated classic Beauty and the Beast whenever I need a short break. The prologue is brilliantly illustrated by a series of stained glass windows. The enchantress in her green dress towers over the cowering prince as he begs for mercy. She enchants him, and then she disappears, never to be mentioned again. Who was this woman who started the story? Why did she show up at the prince’s door?  And while we’re wondering, why did the prince answer the door instead of one of his many servants?

To find out more about her, I did a little research on the story. In the most beloved of the original French renditions, the author, Jeanne-Marie Le Prince de Beaumont, simply said that a “wicked fairy” cursed the prince to be a beast, telling him also to “conceal his understanding.” A beautiful fairy later appears in Belle’s dreams and at the end of the story to pronounce blessings on Belle and the prince and judgment on Belle’s cruel sisters. Robin McKinley in Beauty explained that an enchanter disliked the prince’s family, and when one of them finally did something wrong, he cursed them. I was a little confused on what the prince did wrong, but I think it had something to do with writing on a wall. Turned into a beast because of graffiti, maybe? I haven’t watched the movie, but from the preview of Beastly, I gather that the enchantress character, a Gothic teenage witch, curses the handsome, rich “Beast” because of his arrogance. In Melanie Dickerson’s The Merchant’s Daughter, a non-magical, medieval retelling, a wolf attack is responsible for the hero’s unattractive appearance and the emotional scars of an unfaithful, contemptuous wife, plus his own temper, for his rude behavior.

Since the story’s focus is on the relationship between and character of Beauty and her Beast, it’s fitting that the story’s catalyst should be so little mentioned. Nonetheless, I find the enchantress a fascinating character.

Have you ever thought about the enchantress before or heard a different explanation for her?